Gail and her husband Lyons have been supporters of the NFXF since 2005 when she helped host the NFXF International Conference in Atlanta.

Gail is an advocate. She has three totally different children, with three different learning styles, and she taught all three of her kids to not just reach but exceed their potential. As Gail says, “Attitude matters … it matters if you set up a positive attitude. I realized as the advocate for my child that you can change people’s response with your own positive attitude.” 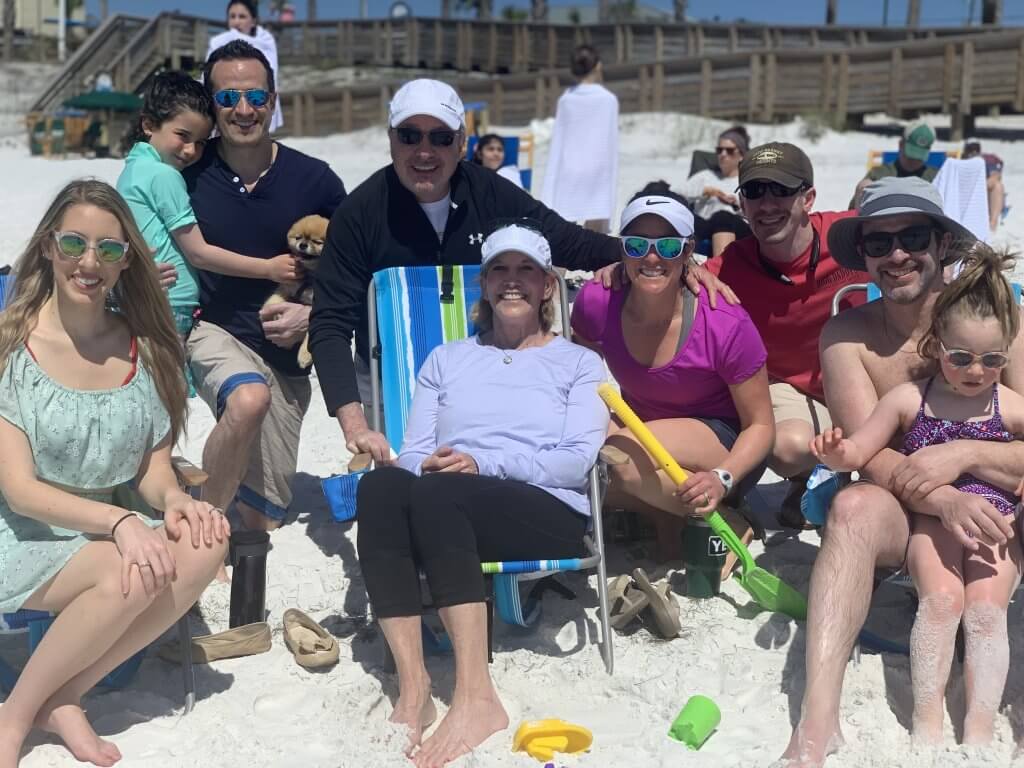 Gail’s son Scott was diagnosed with Fragile X syndrome in 1989 at the age of 9. The gene hadn’t been identified yet in 1989, but through cytogenetic testing (which is very labor-intensive testing), she and her cousin finally found out that they had the gene in their family.

Fragile X gave Gail a cause to fight for. When Scott was in school, she became an advocate for special education and made sure to get him the best teachers she could. As a board member of the Anti-Defamation League, Gail now finds that she can bring her experience with special needs to her work of fighting hate and having biases. Gail says she’s a better person for having this child with special needs because she knows firsthand how important it is to feel included. And she brings that knowledge to the other work she supports.

Gail’s daughter Carly is a Fragile X female carrier. She was the first person at the National Institutes of Health who was diagnosed with FXPOI (Fragile X-associated primary ovarian insufficiency) as part of their rare disease study in 2002. She now works as an occupational therapist doing autism evaluations at Boulder Community Hospital. “Carly understands Scott better than I do. I know she communicates with him better than I do. She really knows Scott.”

Both Carly and Jared, Gail’s eldest son, pursued careers in the medical field that works with special needs and rare diseases. Carly’s years-long struggle to find a diagnosis for her own FXPOI condition inspired Jared to start his company called CrowdMed, whose mission is to harness the collective wisdom of a global online medical community to provide patients with a clear path to their diagnosis and cure.

Gail’s brother Stephen was diagnosed 10 years ago with FXTAS (Fragile X-associated tremor/ataxia syndrome). This has inspired her to fund research and clinic for Fragile X related disorders through the MIND Institute at UC Davis.

Recently, Gail and her husband funded the building of a new 400 square-foot sensory cabin known as The Den at a residential summer camp near Atlanta that both she and her children attended. It came to Gail’s attention that a special cabin was needed to provide respite for campers who were over-stimulated, or who needed OT. “Our vision is The Den will give campers and staff a place to chill out and learn coping skills. It is our hope that The Den provides a source of calm and lessens unnecessary stressors in life to contribute to a happy and positive experience at Camp Barney.”

Thank you Heyman Family for your ongoing support of the NFXF! 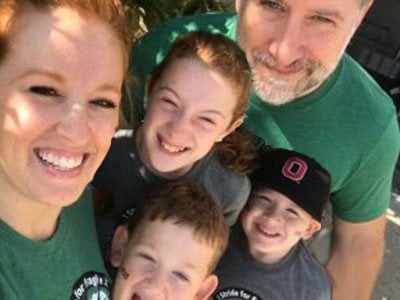 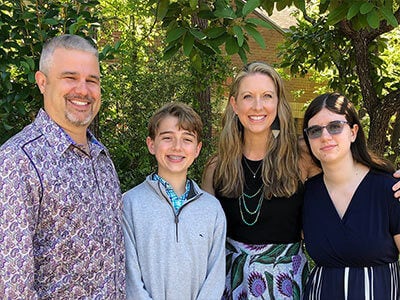 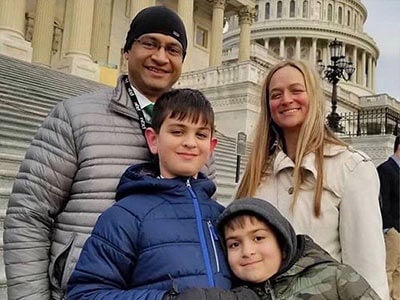 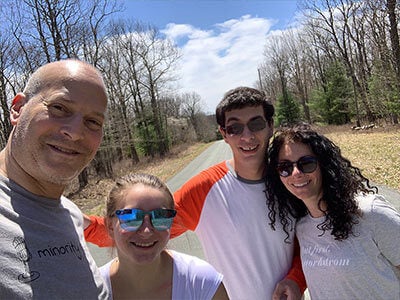 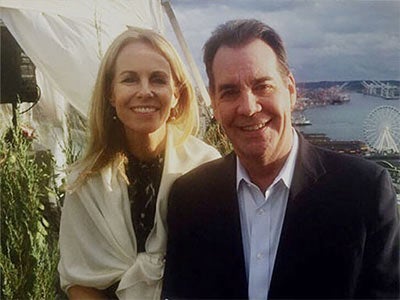