When you or someone in your family are told you are a “carrier” for a Fragile X mutation, many questions arise. Do you have a premutation or full mutation? What does it mean for your health, your family, and your future? Does the size of your FMR1 gene matter? 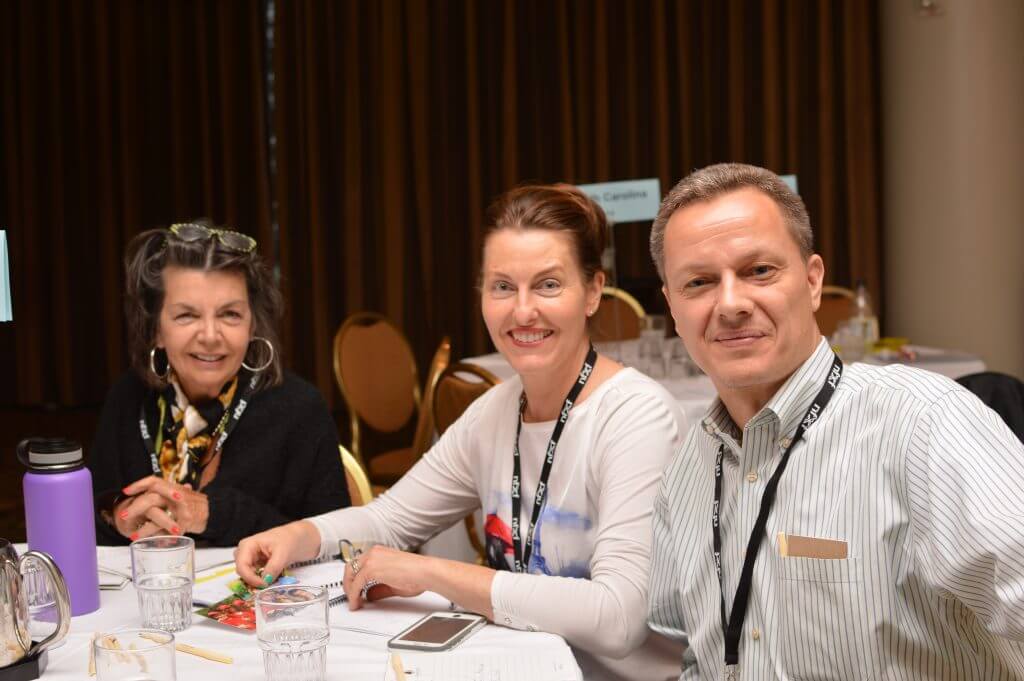 A carrier has an altered form of a gene that can lead to having a child or grandchild with a genetic disorder. We are all carriers of gene mutations, many of which are “silent.” This means we can pass the gene on but suffer no ill effects from it ourselves. It is only through genetic testing that we know which ones we carry. Some genes are on the non-sex chromosomes (numbered 1-22), which are the same in males and females, and some are on the sex chromosomes, which are the X and Y chromosomes.

An allele is a term to describe one’s gene, like green apples are a specific form of an apple. Some individuals have what is called an “intermediate” or “gray area” sized allele. These are alleles with 45-54 CGG repeats. They are not considered to be mutations and do not appear to be associated with any clinical or medical issues, developmental disabilities, or social/emotional difficulties. These alleles are identified as such because there is a small chance that they are mildly unstable and may expand to a premutation in future generations. There is no reported risk for an individual with an intermediate sized allele to have a child with a full mutation. Generally, we don’t use the term “carrier” for those with an intermediate allele.

Both Females and Males Can Be Fragile X Carriers

The gene for Fragile X (the FMR1 gene) is on the X chromosome, which is why Fragile X syndrome is called an X-linked disorder. Often in these disorders, only females are carriers and only males are affected. However, in Fragile X, both males and females can be carriers, and both can be affected by the condition.

This occurs because the changes in the FMR1 gene go through stages as it is passed down in a family. These stages start with the normal gene and then proceed to the premutation and then the full mutation. The differences in the stages are determined by the number of “CGG repeats” (repeats of a DNA pattern). In most other X-linked conditions, there is no middle “premutation” state, so males with the mutation are either affected or non-carriers.

Females with a premutation are at risk to have a child, male or female, with Fragile X syndrome. The magnitude of this risk is related to the number of CGG repeats identified in her FMR1 gene. The larger the number, the higher the risk for expansion from a premutation to a full mutation if it is passed on.

Premutation: About 20% of women who carry a Fragile X premutation over their reproductive life span develop primary ovarian insufficiency, compared with only 1% in the general population.

Not all women with a premutation experience FXPOI. One well-documented risk factor is the premutation repeat size: the highest risk for ovarian dysfunction is for women carrying premutation alleles in the 80–100 CGG repeat range, not the highest alleles of >100 repeats (although these group ranges are not exact).

One study estimated the risk of FXPOI to be 38% in this high risk group, although more studies are needed to better define high-risk alleles and the reason for this association.

Full mutation: Women with the full mutation do not experience FXPOI or increased twinning rates.

Given the stresses and emotional aspects of parenting a child with disabilities, along with stresses that can accompany the various reproductive issues associated with having a premutation (risks for an affected child, fertility and prenatal issues), researchers find it difficult to establish emotional effects that are a direct biological result of the premutation. Though most women with a premutation show no significant mental health issues, some have reported increased general anxiety, shyness, and social anxiety. In addition, there is evidence that women with the premutation are at increased risk for depression. It is therefore recommended that any premutation carrier who is concerned about depression seek the services of a mental health professional.

The most significant issue for males with a premutation is the risk for FXTAS.

Other than the FXTAS risk in older males, the vast majority of males with the premutation are clinically unaffected. There have been reports of a small subset of boys with a premutation who have an additional diagnosis of autism, ADHD, or other learning/behavioral disorders. It is possible that in a small subset of boys, these developmental disorders may be caused by an interaction of various genetic and non-genetic factors, one of which may be the FMR1 premutation. Research regarding this possible association is ongoing.

Research opportunity: Males over the age of 67 who are premutation carrier but do not have symptoms of FXTAS, or didn’t until after the age of 67, can help advance understanding and treatments by participating in this Emory University study.

How many individuals are carriers of the FMR1 premutation?  According to a 2012 study by the CDC, the frequency of Fragile X premutation in the U.S. is as follows:

These statistics are important because both men and women are at risk for having symptoms linked to Fragile X-associated disorders.

Women with a premutation reported their last menstrual cycle at an earlier age than women without a premutation (48 vs. 51 years).

This study of 6,747 older adults in Wisconsin found 30 people with a change in the FMR1 gene. Based on this relatively small number of people, the results should be interpreted with caution. These findings may not reflect all people in the United States with an FMR1 premutation. For example, a large Israeli study found approximately 1 in 130 women were FMR1 carriers.