A conversation with David L. Nelson, Ph.D., a Professor at Baylor College of Medicine and a member of the NFXF Scientific Advisory 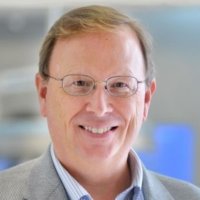 Council. He is a co-discoverer of the FMR1 gene and the repeat expansion mutation that causes fragile X syndrome. He is answering questions about a recent study published in the journal Molecular Psychiatry and an accompanying press release about the paper from Northwestern University’s Feinberg School of Medicine. The headline of the press release claims, “New Fragile X Genes Discovered.”

Can you tell us a bit about press releases?

It is common for Universities to write press releases for research that is published by their faculty members. Sometimes these press releases are not very accurate, and frequently researchers have to correct and/or scale back some of the claims. Will Doss at Northwestern University’s Feinberg School of Medicine wrote a release about work from Dr. Molly Losh and colleagues that has led to numerous questions in the community of fragile X families. I found a number of unfortunate uncorrected inaccuracies about the work in the press release, which can be found here.

What is the paper that the press release is describing?

It’s about a paper from Dr. Losh and several other groups that describes work that started with the idea that there may be genetic variation outside of the FMR1 gene that contributes to fragile X syndrome. They used the popular approach of Genome Wide Association Study (GWAS) to look for parts of the human genome that might be more commonly found in people with fragile X syndrome by typing the genomes of these people using Single Nucleotide Polymorphisms (SNPs) distributed throughout the genome (these are sites in chromosomes where people commonly have differences – for example an A in one person and a C in another at a particular genomic location).

The paper describes these findings and some effort to understand why there should be enrichment of certain versions of this region of the genome in unrelated people with fragile X syndrome.

What is your history with the study?

I was not involved in the study and only became aware of it when it was deposited on the “preprint server” bioRXiv in March 2017. It received some considerable attention at that time from some of us who have studied fragile X syndrome for many years. I corresponded with the lead authors Drs. Joe Piven and Patrick Sullivan about the findings and my concerns. The preprint version can be found here (PDF).

The final published version was considerably improved after suggestions from some of us old-timers via email and also presumably by peer reviewers (I was not a reviewer). You can read it here.

Can you describe your concerns with the work and its presentation in the press release?

Among the many reasons for our initial surprise and concern was the beginning of the Abstract of the preprint:

Fragile X syndrome is a common cause of intellectual disability. It is usually caused by a de novo mutation which often occur (sic) on multiple haplotypes and should not be detectible using genome-wide association (GWA).

De novo in this context means a new mutation, and fragile X syndrome does not work this way in the vast majority of families. This gave us the impression that the authors were unaware of some of the subtleties of inheritance in fragile X syndrome, where premutation-length expansions of the CGG repeat can be present in families for many generations before fragile X syndrome appears, and where there appear to be “predisposing” versions of the CGG repeat that are more frequently prone to expand into the premutation range. My lab and others explored these issues in the mid-1990s (albeit using less elegant methods), but we all reported finding predisposed versions of the CGG repeat. Importantly, this concept is present in many other genetic disorders caused by repeat expansion, such as Huntington disease. It is not correct to say that fragile X syndrome is “usually caused by a de novo mutation” although it can happen in rare instances.

Unfortunately, this inaccurate notion that fragile X syndrome is caused by de novo mutation persisted into the final version of the paper and into the press release:

While local DNA features usually have some influence on single-gene, de novo disorders like FXS, consistently finding the same SNPs across individuals means there may be a population-level genetic mechanism, the authors said. These genes are present in up to 18 percent of individuals with European ancestry, and may predispose descendants to the mutations that cause FXS.

What other concerns do you have about the accuracy of the press release?

One of the major issues with the press release is that it uses the word “gene” incorrectly in the title and elsewhere. For example, in the section quoted above, the last sentence begins with “These genes…” Here the release is failing to make a distinction between “genetic variants” (in this case the set of nine SNPs near FMR1 that are found more commonly in people with fragile X syndrome) and “genes”, which we commonly consider, like FMR1, to encode proteins. Thus, the title of the release, “New Fragile X Genes Discovered,” is wildly inaccurate and does not even reflect what the paper describes. This is the sort of error that needs to be caught by researchers. There remains one FMR1 gene, the only gene known to cause fragile X syndrome. This paper describes genetic variation in the vicinity of FMR1 that has common versions among unrelated people diagnosed with fragile X syndrome.

Other oddities in the release include:

In fact, these types of mutations (repeat expansions) do indeed often appear in GWAS. This includes Huntington disease, myotonic muscular dystrophy, a recently described common genetic form of amyotrophic lateral sclerosis (Lou Gehrig’s disease) caused by an expanded repeat in a gene known as c9ORF72 and several others.

The use of the term “maternally inherited” is also curious. While it is the case that nearly all full mutation expansions are contributed to sons and daughters by their mothers, it is also true that men can pass premutation length repeats to their daughters who are then at risk for having children with the full mutation.

What does the release mean about improved diagnostic testing?

The release suggests using the SNPs to predict who might have a predisposition to fragile X syndrome:

…These genes [referring to the nine SNPs nearby FMR1] are present in up to 18 percent of individuals with European ancestry, and may predispose descendants to the mutations that cause FXS.

It’s possible that expansion mutations are repeated and compounded generation after generation, eventually leading to FXS. According to the authors, these mutations [again referring to the nine SNPs nearby FMR1] could potentially be used as a genetic marker for disease risk.

Subjects with the FXS-associated SNPs would be strong candidates for a test that detects the FXS-causing FMR1 expansion mutation, as that test is not readily available and highly specialized.

Of course, it has been possible to type the FMR1 CGG repeat itself directly for nearly 30 years. This is a standard test done by many clinical genetics laboratories. The test is broadly available and very reliable. While it is easier to type the nine SNPs found in this study using modern SNP arrays which also provide typing of SNPs across the entire genome, analysis of the nine SNPs near FMR1 would be of little predictive value compared to direct observation of the CGG repeats for forecasting risk. This strikes me as trying to find a justification for having done the study.

Do you have any additional comments?

One of the pillars of scientific investigation is reproducibility of results. It is gratifying that the findings of my group and others from 25 years ago can be replicated using more modern methods. While our work considered only genetic markers in the vicinity of FMR1, the work by Losh and colleagues found evidence of predisposing versions of FMR1 CGG repeats in the general population using markers across the genome, which requires a much higher statistical standard. My group proposed a mechanism for how there might be predisposing “normal” FMR1 repeats in two papers published in 1995 and 1996.

Surprisingly, even in their final version, Losh and colleagues declined to cite our work. It remains unclear what the mechanism for predisposing versions of the repeats might be, and the Losh paper, while confirming their presence, provides no additional insight.

There are many lessons from past efforts by numerous groups that modern investigators would be wise to learn and remember. It is also incumbent on us as researchers to be more vigilant about reviewing and correcting press releases. They can be very confusing and sometimes misleading. Increasingly, press releases and subsequent articles published in a variety of locations in the popular press become the common version of work that is much more nuanced. We are doing the public a disservice if we allow inaccuracies, such as “New Fragile X Genes Discovered,” to escape.