Fragile X DNA analysis is one of the most commonly ordered medical genetic tests. It is recommended as a standard part of the genetic work-up of children with developmental delay, autism, or intellectual disability. Adult neurologists and reproductive specialists increasingly recommend Fragile X testing, as awareness has grown about Fragile X-associated tremor/ataxia syndrome (FXTAS) and Fragile X-associated Primary Ovarian Insufficiency (FXPOI). Fragile X carrier testing during pregnancy has also become relatively commonplace in the US and elsewhere, even for women without a family history of Fragile X or developmental disorders. 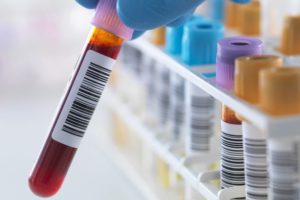 In the laboratory, the widely-used PCR test that, along with Southern Blot analysis, detects full mutations of the FMR1 gene causing Fragile X syndrome (FXS) can also detect premutations responsible for FXTAS or FXPOI. It is highly recommended that those individuals with FMR1 full mutations having more than 200 repeats of the chemical pattern cytosine-guanine-guanine (CGG), and premutations in the range of 55 to 200 CGG repeats, meet with a genetic counselor to understand the potential for Fragile X disorders in a family.

More commonly, the PCR test may detect an intermediate allele in the range of 45 to 54 CGG repeats. The term “allele” indicates a certain version of a particular gene. Intermediate alleles, which are also referred to as “gray zone” results, are larger than the typical range of 6-44 CGG repeats found in the general population but smaller than premutations. Scientists have known about intermediate alleles for decades, and they are detected in as many as three out of every 100 samples sent for Fragile X testing.

Depending on the situation, an intermediate result can cause a lot of anxiety, as when they are unexpectedly found during a pregnancy, or when they lead to questions about their potential connection, if any, to a child’s developmental symptoms. While there are still unanswered questions about intermediate alleles, there are many things we do know.

Most intermediate alleles appear to be stable and do not expand significantly when passed down in a family. Many intermediates may simply represent the high end of the normal repeat range and are not prone to further expansion in later generations. When they do expand, the change in CGG number is usually small.

Some intermediate alleles expand to the premutation range when inherited from a mother, while the majority remain intermediates. This suggests that in a minority of cases, intermediates could give rise to premutations and further instability in subsequent generations. For this reason, whenever an FMR1 intermediate allele is detected in a family, it is important to review this result with a genetic counselor to determine whether testing of other relatives is indicated.

It is very unlikely that an intermediate allele will expand to a full mutation in a single generation, and there are no documented cases of such an expansion. This should be reassuring news for expectant couples who first learn about a woman’s intermediate result during pregnancy and are worried about the chance of a full mutation in their children. Women found to have intermediate alleles during pregnancy are not considered at increased risk for having children with full mutations and are not routinely offered invasive prenatal testing for FXS.

Since the 1990s, scientists have known that the repeated pattern of CGGs in the FMR1 gene is sometimes interrupted by a different chemical sequence known as adenine-guanine-guanine or AGG. AGG interruptions appear to stabilize the CGG repeat sequence and reduce the chance of further expansion in intermediate alleles and premutations.

The chance that an intermediate allele will expand in size when passed to a child can be very different from one woman to the next, even when they have the same number of CGG repeats, depending on how many AGGs, if any, are present. AGG analysis is available as a clinical test and should be considered for women with intermediate alleles and small premutations to better assess the stability of the FMR1 gene and the risk of expansion. (For more information about AGG testing, visit Asuragen.com)

The finding of an intermediate allele in a child with a developmental disability most likely does not explain his or her symptoms, and alternative explanations should be considered. The overwhelming majority of individuals found to have intermediate alleles, including many hundreds of men and women identified through routine carrier screening, report no history of learning or developmental problems.

Studies have shown that males and females with intermediate alleles produce normal amounts of Fragile X protein, in contrast to those with full mutations who lack this protein and have FXS. That being said, there have been a handful of published reports of male and female children with FMR1 intermediate alleles having behavioral and developmental symptoms that overlap with those in FXS.

Because autism, developmental delay and ADHD are relatively common in the general population and can stem from numerous other genetic and non-genetic causes besides Fragile X, it’s likely that the finding of intermediate alleles in these children is coincidental. In fact, a large 2018 study involving 35,000 children did not find any increased rate of FMR1 intermediate alleles or premutations in children with developmental disorders as compared with children in the general population.

While the presence of an intermediate allele has not been linked to FXPOI or infertility, a small number of research papers have suggested a possible association with FXTAS symptoms in older adults. Additional research is needed to confirm any potential connection between intermediate alleles and these findings.

While the presence of an intermediate allele has not been linked to FXPOI or infertility, a small number of research papers have suggested a possible association with FXTAS symptoms in older adults. Additional research is needed to confirm any potential connection between intermediate alleles and these findings.

Unlike many other genetic changes that are passed down in a straightforward way, inheritance of the FMR1 gene is very complicated. When a person first learns that he or she has a Fragile X intermediate allele, there is often a lot of confusion and anxiety about its meaning, even among medical providers who may mistakenly say that the person is a Fragile X carrier. It’s important to recognize that individuals with FMR1 intermediate allele are not considered Fragile X carriers. 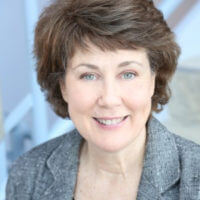 Brenda has been actively involved with the Fragile X community for many years and is currently a genetic counseling consultant for the National Fragile X Foundation. She is a long-time member of the Foundation’s Scientific and Clinical Advisory Committee and also served two terms on its Board of Directors. In her day job, Ms. Finucane is a Professor and licensed genetic counselor at Geisinger’s Autism and Developmental Medicine Institute in Lewisburg, PA.