Looking for a FXTAS clinic? A directory of clinics around the world is now available here. 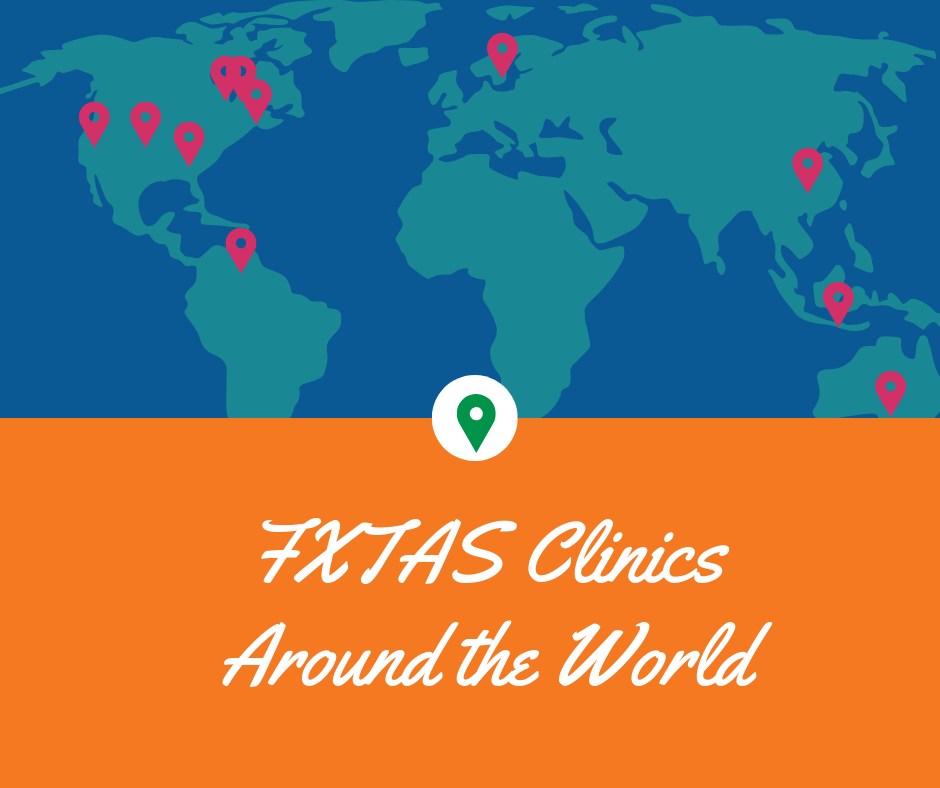 All of the clinics are part of the International FXTAS Consortium (IFC). The IFC was co-founded in 2017 by the National Fragile X Foundation (NFXF), the UC Davis MIND Institute (MIND), and the Fragile X Association of Australia (FXAA). The IFC is comprised of clinicians and researchers focused on the need for evidence or consensus-based knowledge and services for FXTAS patients. The limited availability of those services throughout the world led to the formation of the IFC. The advancement of FXTAS research and treatment will only occur through the concerted efforts of multiple individuals, organizations and institutions.

The IFC is an outgrowth of the FXTAS Task Force, organized by the NFXF in 2015 and whose members are included in the IFC. The IFC meets face-to-face every other year at the NFXF’s International Conference and, on alternating years, at the Fragile X Premutation Conferences. The IFC is administered by a coordinator who is jointly funded by the NFXF and the MIND, and the NFXF provides for the communication capabilities, meeting organization, and other infrastructure needs of the IFC.

The NFXF is pleased to play a role in this vital effort and appreciates the support of the Kaufman Family in making it possible.