Get to Know Your Local Firefighters

The proverb “It takes a village to raise a child” is never truer than when it comes to raising our children with Fragile X syndrome. In many cases, we need a community to look out for our children all their lives.

Think about your current community — where you live. You have your family, some neighbors, and a few friends, and some of you may have extended family living near you. I want you to think about adding another group of people to your community: your local firefighters.

I never thought much about firefighters until my son, Ian, took an interest in them. We visited them for the first time when Ian was 3 years old. I thought, “Oh, we will do this every few years, just because of Ian’s interest in them.” I never imagined where this interest would lead — who I would meet and what I would learn.

In our city and many others, firefighters are the first responders when 911 is called for fire or medical reasons. That means they are usually the first ones on the scene. At least one firefighter is a paramedic and many have EMT training. If you see one truck, it is a medical emergency; if you see two or more trucks, it is most likely a fire.

We have seven fire stations in our city (pop. 100,000) and they are spaced geographically to provide fairly even response times across the city. The response time to our house is roughly 90 seconds. (We know that because we had to call them once when Ian broke his ankle.) 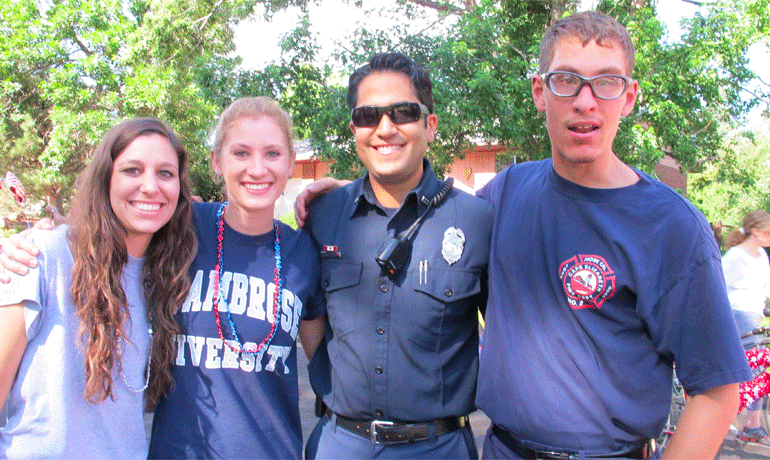 Our stations have three crews and the firefighters are on a 48-hour rotating schedule. Over the years, we have visited all the fire stations in our city, many of them more than once. We have met most of the firefighters, and they have all gotten to know Ian. Most importantly, we learned they all like homemade chocolate chip cookies.

How We Use This Information

The firefighters give Ian a calendar each year that shows which crew is on each day. Ian looks at this calendar every day to see which crew is on duty. Through this repetition of daily review, he now knows the names of all the months, he understands the concept of a week, and he knows all the days of the week. He is starting to understand events that are two and three weeks out. It has been a surprising benefit of this calendar. 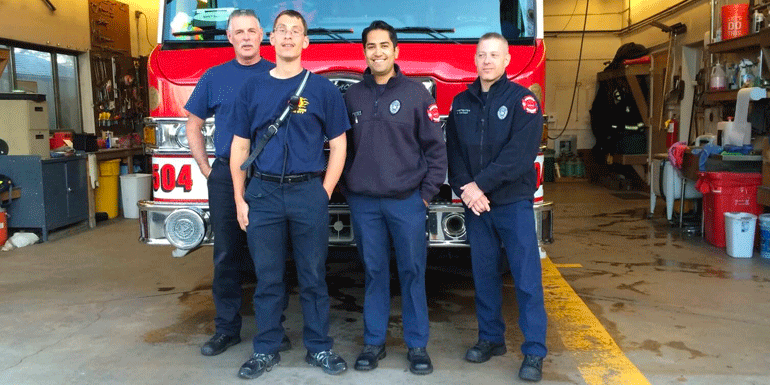 Why You Should Visit Your Local Fire Station

Ask the firefighters to flag your house on their 911 system and include a note that says something like:

A person with a disability lives in the house. Their name is _________. Their bedroom is located ________________. They may have unpredictable behavior and may not understand what you are asking them to do. Talk in as calm a voice as you can.

Another Piece of Advice

Get Your Child a Necklace, Dog Tag, or Bracelet

I saw one of our local firefighters at our grocery store one day and he asked me about Ian’s condition. I told him that Ian had Fragile X syndrome and the firefighter asked me if he had any medical conditions associated with it. I told him no, but I did mention that he takes medication. I also told him that Ian had a card in his billfold that stated his name, age, medication, and emergency contacts.

The firefighter told me that if Ian has a medical condition — such as seizures, or an allergy to latex gloves — that I should get him either a necklace, some dog tags, or a bracelet with this information on it. In an emergency, the first thing they look for on someone is to see if they are wearing some sort of necklace or bracelet with medical alert information on it. He added that it is nice to know what medications a person is taking.

He said they would eventually look in the billfold, but if there is something that medical professionals need to know right away, get a necklace, dog tags, or a bracelet. 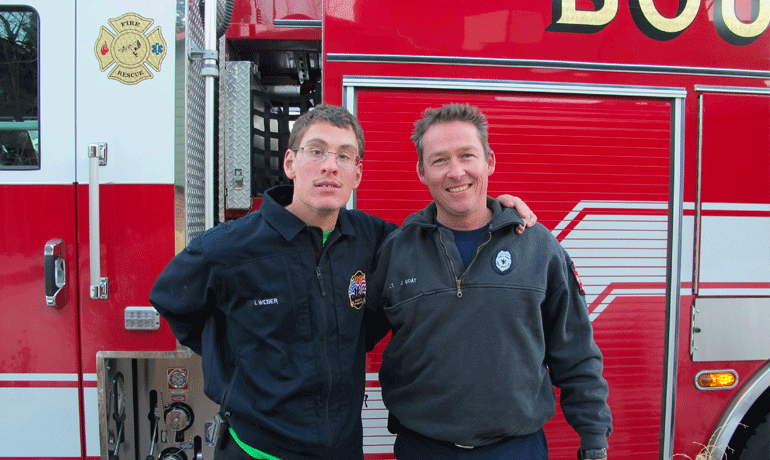 Even if your child does not have an interest in firefighters like my son, get to know them. You never know when you are going to need them, and it is nice to know they are there. If the firefighters have some information about your child and your family, it will make any emergency go more smoothly. And you’ve raised a little awareness about Fragile X along the way.

One more thing — firefighters are some of the nicest people you will meet in your entire life. They have embraced Ian in ways I never dreamed of; I have a hundred stories that would warm your heart. They are amazing.

Now, go meet them, and send me pictures. 🙂