My Last Marathon is my First of Something Else…

My Last Marathon is my First of Something Else… 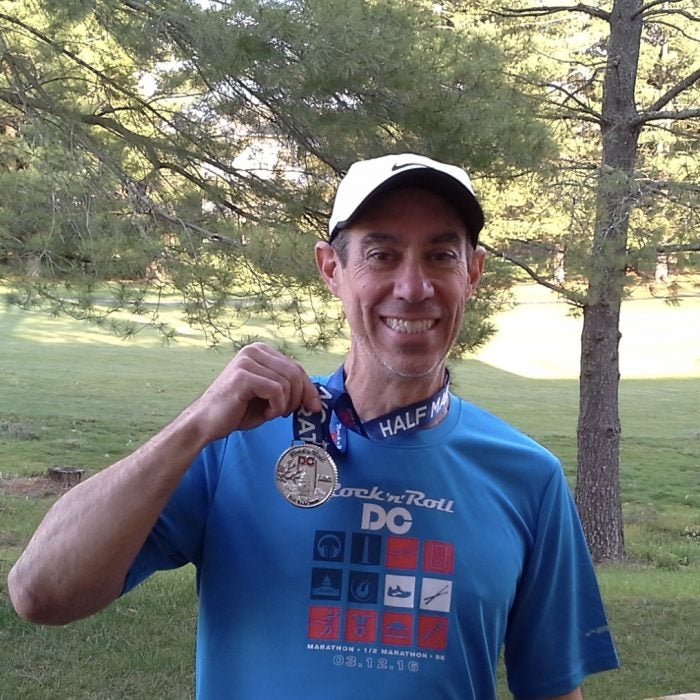 In March of 2015, as I crossed the finish line of my last marathon, I said to anyone who could hear me, “I WILL NEVER DO THAT AGAIN!” It took my body a week to recover so that stairs were no longer my nemesis. Despite the previous proclamation, I will be running one more marathon on April 24, 2016. Am I crazy? Possibly, but people change their minds all of the time. What caused me to reverse my thinking? I’ll get to that in a minute because there’s something else I’ve changed my mind about.

Something I Never Thought I’d Do

I’ve worked for non-profit organizations for over 25 years. They’ve been great jobs with great organizations. Each organization received my 100% commitment but never did I reach out to my personal network and ask for a donation. Not once. The overriding concern was that, as I moved from job to job, my requests would become routine, lose their impact and eventually wear out my welcome. “What does Tony want now? Here comes Tony! Run away!”

Like my marathon, I’ve changed my mind about this too. This is a philosophical reversal of how I’ve thought about my personal network as it pertains to my profession. I’ve decided this is too important for me to worry about my fear of asking.

The National Fragile X Foundation (NFXF) is responsible for this big change. Fragile X (FX) is the most common genetic cause of intellectual disability linked to autism. It is both rare and common. About 100,000 children are diagnosed with FX each year. This qualifies it as a rare disease. FX impairs learning, intelligence and behavior in a variety of ways, sometimes significantly. There are also over 1.3 million adults who carry the FX mutation, many having no symptoms at all, but some experience increased anxiety, depression, infertility, early menopause or a devastating neurodegenerative condition that suddenly appears out of nowhere later in life. Regardless of symptoms, carriers can unknowingly pass FX to their children.

New research has also linked FX to Parkinson’s disease, Alzheimer’s, schizophrenia, bipolar disorder, clinical depression and more. As a result, the Fragile X protein is now being recognized as a kind of “master controller” gene and protein, which regulates communications between neurons in the brain. When such basic communications are altered so too is normal brain function. Despite the new research and the severe consequences, the funding has been slow to follow. When research into one gene, which must now be characterized as one of the most important genes in the genome, and its associated protein can shed light on the cause and possible treatments for numerous medical diseases and disorders, we must act.

I’d Do #AnythingForFragileX, Including One Last Marathon

When I joined the National Fragile X Foundation a year and a half ago, I thought the primary mission was to help children and their families, which was awesome! As it turns out, our funding of FX research could one day impact millions of people around the world! Just like my other employers, NFXF has my 100% commitment, but for the first time in my career, that’s not enough.

Now you have the story of why I’m running another marathon. It may have taken a little while to get there, but it’s an important story. If you think so, please visit my Crowdrise page. You can also create your own fundraiser at Crowdrise today and show us you’d do #AnythingforFragileX!

Thank you in advance!

Editor’s Note: Tony will participate in the Coastal Delaware Marathon on April 24, 2016. Follow his progress during the race. Please share photos of you participating or cheering Tony on by emailing david@fragilex.org. You can also use #AnythingforFragileX to talk to us on social media.