After the Autism Diagnosis: What You Need to Know About Genetic Testing 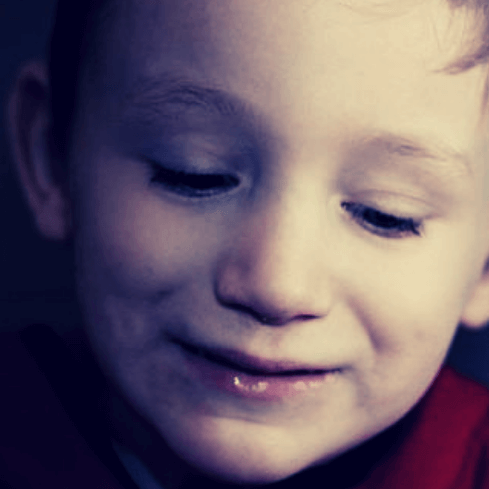 In recent years, researchers have identified more than 100 autism risk genes, which—amazingly—is 100 more than we knew of less than a decade ago. This is an amazing leap in knowledge and researchers are telling us that an identifiable single-gene condition may account for 15% to 20% of all cases of autism.

To be clear, we are not talking about a test for autism:

What we’re talking about is a medical test—known as genetic testing—for individuals with a previous behavioral diagnosis of ASD of unknown causes. A genetic test identifies changes in chromosomes, genes, or proteins to confirm or rule out a genetic condition, or the possibility of developing or passing on a genetic disorder. Because there are genes known to be associated with autism—Fragile X being the most common—it is important to test for the presence of an underlying genetic disorder. 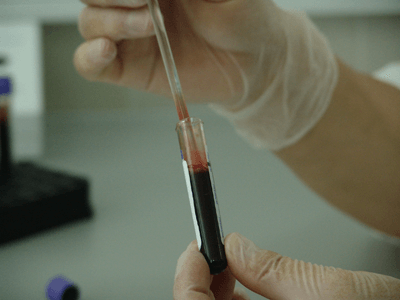 Why Genetic Testing is Important

Sometimes a child with Fragile X syndrome is later diagnosed with autism, and sometimes a child with autism is later diagnosed with Fragile X syndrome. As with many developmental disorders, FXS and autism each comes with its own set of highly variable challenges and treatment options; and knowledge of both is key to building personalized therapies and developmental care plans specific to each child’s situation.

Additionally, many genetic disorders can have associated medical issues, Fragile X included. In the case of Fragile X, a diagnosis can help inform other family members of the cause of their undiagnosed symptoms, such as a nephew, uncle, or cousin with intellectual developmental delays, an aunt with infertility (Fragile X-associated primary ovarian insufficiency, or FXPOI), or a grandfather with tremors (Fragile X–associated tremor/ataxia syndrome, or FXTAS).

Researchers continue to confirm the importance of early intervention for both FXS and autism. Knowing they exist simultaneously—sooner rather than later—could conceivably change a child’s entire life.

No one will stop you from getting genetic testing, but there are many reasons it might not happen.

If a child is diagnosed with autism, and any of its associated genetic disorders runs in your family, the doctor may recommend further genetic testing.

However, a woman (and her doctor) with a known family history of Fragile X would already be aware of the need for testing, with or without an autism diagnosis.

So, what about the mother or father who isn’t aware of a genetic disorder lurking in their family history?

We looked into this and found two issues potentially hindering the convergence of an autism diagnosis with a known genetic cause. One is lack of consensus and the other is the test itself, meaning (1) there is no solidarity on whether or not to recommend genetic testing, and (2) if testing is ordered, whether or not the test will include the FMR1 gene (or any specific gene for that matter).

One lab we looked at during our research reported that the most common question they received from parents when offered genetic testing following an autism diagnosis is: Why get a genetic test if my child has already been diagnosed?

And that’s just the start of the confusion families go through with any complicated medical or behavioral diagnosis. The ensuing flood of information is overwhelming  (e.g., we built an entire website around navigating your way through Fragile X), and most will need some level of guidance as they sift through it all so they can make informed decisions around their future care.

A recent study—Pathways from Autism Spectrum Disorder (ASD) Diagnosis to Genetic Testing—looked at the experiences of families and their health providers as they moved from diagnosis, to the offer of genetic testing to determine etiology, to the decision of whether to pursue testing. Some of what they found includes:

The report also demonstrates inconsistencies when it comes to who makes the initial ASD diagnosis, who suggests or offers the genetic test (if at all), and the criteria used to determine a genetic test recommendation.

An ASD diagnosis can come from one of many types of providers across a variety of settings. In the Pathways study, initial diagnoses were made by either a single provider or a medical or diagnostic evaluation team made up of developmental pediatricians, neurologists, nurses, occupational and physical therapists, psychiatrists, psychologists, social workers, and in one case, a dietician.

The most common setting was large specialty care centers. According to one provider from the study, “Most pediatricians aren’t going to make a diagnosis of autism. Most pediatricians, the vast majority, refer out to a tertiary center,” such as specialized autism centers or children’s hospitals.

Following an ASD diagnosis, families in the Pathways study typically were also offered a range of recommendations, community resources, and medical, educational, and behavioral therapies. But, here again, the amount and type of information they received—and from whom—varied dramatically.

As for the criteria for genetic testing, the majority of referrals were made based on whether autism ran in the family or if certain clinical features were present, such as abnormal growth or shape of certain body parts, seizure disorders, and severe developmental delays.

Current guidelines from such organizations as the American Academy of Neurology and Child Neurology Society, American Academy of Pediatrics, American College of Medical Genetics, and the International Standard Cytogenomic Array Consortium, illustrate the variations in recommendations that providers are exposed to, which adds to the confusion around the criteria for  a genetic testing referral—and which genetic test to order.

According to several studies, including “Heterogeneity in clinical sequencing tests marketed for autism spectrum disorders,” chromosomal microarray is currently the recommended first-tier genetic test for ASD. However, as the NFXF has previously reported:

Chromosomal microarray analysis is a powerful test for detecting certain genetic causes of developmental disabilities, but it is not able to detect Fragile X mutations of any kind.

The study also looked at the number and genes included in clinical gene sequencing panels offered by 21 commercial labs and marketed for autism spectrum disorders illustrates the need for health professionals to work toward a consensus:

The bottom line for you, today, is if your child has an ASD diagnosis with no known cause, request genetic testing and make sure the test includes Fragile X. It can help them, you, and your extended family.

Unfortunately, most parents of a child with autism are unaware of genetic testing options. We have detailed information on testing here, and recommend working with a geneticist if possible. However, if needed, you can also take matters into your own hands.

If your child has been diagnosed with ASD with no known cause:

Below we’ve included a list of labs and tests that are both marketed for autism spectrum disorder and include the FMR1 gene. Though we tried to locate and verify as many as we could, we do not assume this list is exhaustive. Because they can change at any time, please review the information carefully and follow up with your health professional and/or the lab for the most current information.

Please note that the commercial labs in this list may or may not also offer specific Fragile X DNA testing. Our intent with this list is to assist people facing an autism diagnosis with an unknown cause, and who would benefit from testing that includes all currently known autism-related genes.

Please let us know if you need help in interpreting any of the information here:

Note that the following are as of May 2019. We will update this list periodically and note the date of last revision. These are not Fragile X DNA tests, they are tests for an autism diagnosis of unknown cause that include the FMR1 gene.

For the future, it’s imperative that healthcare providers and insurance companies come to a consensus on genetic testing related to ASD. In the meantime, we are here to help you, today and tomorrow, and to continue to raise awareness of the need for genetic testing when an individual has an ASD diagnosis.

Fragile X and Autism »
The impact of an autism diagnosis in the care of people with FXS, and whether the link between the two extends beyond behavioral similarities.

A Blood Test for Autism? Not so Fast »
The notion that autism itself can be directly diagnosed through a blood test is incorrect and misleading.