Is Your Child’s Behavior a Manifestation of His Disability?

I have consulted on several cases related to students with Fragile X syndrome being suspended from school because their behavior was believed to be threatening or dangerous to others. The students were suspended until a “manifestation hearing” could be held. Such hearings are required by the Individuals With Disabilities Education Act (IDEA), allowing for further investigation to be carried out in determining the critical question: “Was the behavior a manifestation of the student’s particular disability?”

In the cases referenced above, was the behavior related to the Fragile X syndrome behavioral or cognitive phenotype? More pointedly, was the threat real, or was it merely a verbal defense and reaction to an event or circumstance the student didn’t have the tools to process otherwise?

Before school authorities consider suspension and possible expulsion, they need to determine whether threatening someone may have been the only way that the person with Fragile X syndrome could express the gravity of the personal discomfort associated with the event — even though they never intended to carry the threat out.

Threatening or other types of behavioral infractions serve to provide even more evidence that a functional behavior assessment is imperative whenever a behavior is suspect. It is critical to assess the nature or the function of a behavior so the school personnel understand why it’s occurring. It’s simply not enough to deem the behavior as one of escape without considering the behavioral correlates.

Several investigators have explored the possibility of higher cortisol levels in children with Fragile X syndrome being linked to avoidant behaviors after exposure to novel social situations. There is a significant body of research suggesting that many individuals with Fragile X syndrome exhibit some level of anxiety. Those unable to regulate their anxiety must rely on others around them — along with the environment — to assist them in maintaining equilibrium. The more delayed the person, the more likely it is they will learn to act out in order to communicate discomfort.

As this pattern becomes habituated for children in the school setting, they learn that if their need to escape does not get noticed, they must simply escalate it for someone to finally address the aberrant behavior. Often, the remedy includes expulsion, which can have very troublesome (and unnecessary) consequences for the student and family.

Because the public school system now employs zero tolerance for violent behavior or threats, this issue is becoming increasingly critical. Simply explaining away the student’s threatening behavior as part and parcel of Fragile X syndrome is no longer acceptable. Even though special education law clearly mandates that special circumstances be considered whenever disciplinary action is required, that determination must be decided on prior to the suspension. Otherwise, the threat is treated just like any typical student without special needs.

The student with an IEP who has been identified as requiring special needs can be afforded an alternative to school discipline policies — but only when it is specified in a behavior intervention plan. Parents of children with Fragile X syndrome can no longer have their child’s behavior be addressed on a “wait and see” basis. If the student has a history of anxiety that has resulted in threatening behavior, it must be analyzed and the function documented to avoid future misunderstanding. School staff today are trained to be hyper-vigilant in recognizing threatening behavior and pre-empting any threat or act of violence. They are taught that it is not their responsibility to assess the lethality of the threat, but rather to report it and then allow experts to determine its severity and motivation.

If the suspended student is identified with special needs, it is mandated that the staff first determine if the incident is a “manifestation of the disability.” The problem is that often, the student with special needs is not given special consideration because the behavior was never documented as a manifestation of a diagnosis or condition such as Fragile X syndrome. This is often where the process falls short, and the behavior of the student is not properly remedied.

If the staff, parent, or caregiver all advocate for the student during the manifestation hearing and the consensus view is that the behavior is a manifestation of the disability, the process ends and the student returns to school with a behavior intervention plan in place.

If there is inconsistent evidence or no consensus, then an independent evaluation can be requested.

The problem is that the student is precluded from school attendance during the fact-finding stage in order to assure that no harm can come to anyone while things are being sorted out. For the student’s sake, it is much more prudent to have this all determined during an IEP meeting, thus avoiding the manifestation hearing and any drastic remedies it may subsequently require.

Often, even though the independent evaluation can be provided by the school district, the person conducting the evaluation may not be an expert in Fragile X syndrome, and may thus misinterpret the threat and determine that the behavior is not a manifestation of the disability. This can cause students with Fragile X syndrome to be unnecessarily separated from their school communities. As has been well-documented, individuals with Fragile X syndrome often become rueful when they feel estranged from their peers. They might perseverate on the incident that occurred, and find it increasingly uncomfortable to return to school as the suspension continues. This reaction may become even more debilitating than the initial infraction. In a recent case for which I was contracted to provide an expert independent evaluation, the infraction occurred just prior to May, and the student did not return to school until early November.

“In a recent case for which I was contracted to provide an expert independent evaluation, the infraction occurred just prior to May, and the student did not return to school until early November.”

A particularly important adjunct to the prescribed remedy is to target verbal and physical threats, so that students’ behavior can be modified and shaped into a more adaptive way to express any discomfort or anxiety they may be feeling. Doing this at an early age helps children understand the gravity of their reaction so that the problem behavior can be reduced and eventually eliminated.

What is clear to those of us working in the Fragile X field is that threatening and violent behavior of affected children most likely reflects a primary reaction to an event or circumstance that has evoked a significant amount of anxiety. Sometimes these reactions can be provoked by sensory input that may be difficult to control. It is in this context that a threat can be misinterpreted as misconduct or a serious behavioral episode. Something as simple as an alarm or school fire drill can cause such an escalated response in a person with FXS that he or she threatens to kill someone or set the school on fire. If those observing such a reaction lack experience or knowledge of Fragile X syndrome, they may respond in a punitive way, exacerbating a situation that may otherwise require no extreme remedies.

When a student with Fragile X syndrome is admitted to a school program or when an IEP is reviewed, the school psychologist or special educator should examine very carefully any role anxiety has played in the student’s behavior. Parents should make sure this topic gets a full airing as plans are made to accommodate their child’s behavioral patterns. It is always prudent to request a functional assessment of the behavior as a proactive strategy so that any subsequent discussions can form the foundation for sound behavioral programming and the elimination of any misunderstanding that could ultimately result in suspension or expulsion.

A few reminders from the rules of behavior management:

Learn more about the rules of behavior management, see 10 Things Teachers Should Know About Fragile X Syndrome: Strengths, Challenges, and How They Learn. 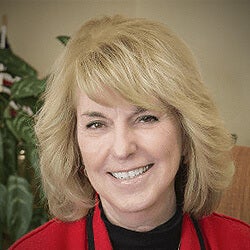