Dr. Randi Hagerman gave a plenary talk at the 14th International Fragile X Conference in the summer of 2014 regarding premutation involvement in women, although what she said is equally important in men (except for the issues regarding ovarian dysfunction including early ovarian insufficiency).

Premutation involvement is different from what is seen in Fragile X syndrome (FXS), because the molecular mechanism of involvement in FXS is distinct in that there is a loss of FMRP: the Fragile X protein.[1]

In the premutation, the messenger RNA copies (mRNA) that are made from the DNA and move into the cytoplasm to make FMRP are increased — the higher the CGG repeat number, the higher the mRNA copy level.

All of these problems can be treated by your physician or health care provider, so it is important to know if you have the premutation so you can be monitored for these issues, and receive treatment, if needed.

The premutation can sometimes cause developmental problems, such as:

If a boy with the premutation has seizures then more significant problems such as autism spectrum disorder (ASD) can sometimes develop. These problems respond well to treatment in childhood so again it is important to know if your child has the premutation so that appropriate treatment can be started.

Higher Levels of CGG Repeats in the Premutation Range

Sometimes in those with a higher level of CGG repeats in the premutation range (>150 repeats), there can be a deficit of FMRP, leading to behavioral and sometimes developmental problems. Those with a high premutation CGG repeat number can have both high FMR1 mRNA levels and low FMRP, leading to a “double hit.” Boys are more vulnerable to the problems of a double hit because they only have one “X,” and mild features of FXS can occur in addition to some of the problems of premutation carriers.

Sometimes copy number variations (CNVs) in other areas of the genome can occur with the premutation, and this can also lead to more clinical involvement. A recent study by Lozano[5] demonstrated that 20% of premutation carriers with early neurological problems, motor problems or ASD demonstrated a CNV that was pathological and added to the phenotype (clinical features) of the carrier. (A copy number variation (CNV) is when the number of copies of a region of DNA is more or less than what is typically seen.)

Steps You Can Take

Most importantly, if you are identified as having the premutation there are steps that you can take that can help you stay healthy and we think will reduce your risk of FXTAS and other aging problems.

Exercise: Daily exercise is the single most important intervention you can do for yourself. Exercise stimulates neurogenesis (the making of new neurons), improves mitochondrial function, reduces stress, keeps your cardiovascular system healthy — which reduces your risk for dementia, and exercise helps to improve depression and anxiety by increasing serotonin levels.

Antioxidants: Because there is oxidative stress in neurons and other cells including fibroblasts, we recommend antioxidants including green tea, fresh blueberries and acai berries, omega 3s, and vitamins (See Polussa et al 2014 Brain Disorders and Therapy for a list[6]).

Maintain a healthy lifestyle: It is essential that you avoid obesity and metabolic syndrome, treat your hypertension, stress, anxiety, depression, migraine headaches, sleep apnea and hypothyroidism because these problems can lead to worsening of the metabolic state of your brain.

Avoid general anesthesia: We also recommend avoiding general anesthesia, if possible, since many patients have developed FXTAS or cognitive decline after inhalant anesthesia associated with surgery. There is a great need for research to clarify which anesthesia is the least toxic to the aging brain and we do not know this answer yet.

Although memantine was not found to be helpful for the tremor and ataxia in a large controlled trial in patients with FXTAS[7], a subgroup of patients (n=41) in the controlled trial of memantine also underwent event related potentials (ERP; assessment of the electrical activity of the brain with certain stimuli) studies at the beginning and end of the trial. In the ERP measure of brain processing there were significant benefits of memantine in cued recall memory and in the N400 repetition effects compared to placebo[8].

Although memantine may have very limited benefits there is a great need for an effective treatment for FXTAS. We hope to initiate trials of allopregnanolone, a GABAA agonist neurosteroid with neuroprotective effects that improves RNA toxicity of the premutation neuron in culture[9].

It is important to remember that the brain is plastic and can make dynamic changes even in aging, so it is never too late to develop a healthy lifestyle, reduce stress with yoga or mindfulness meditation, and stimulate the brain not only with exercise (Liz has the right idea — she runs five miles a day), but the use of memory/computer games, reading, and study are also likely to help in aging. 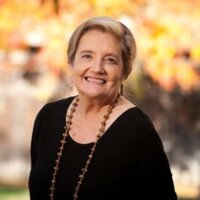 4. Hagerman and Hagerman, 2013 Lancet Neurology; Advances in clinical and molecular understanding of the FMR1 premutation and Fragile X-associated tremor/ataxia syndrome