Russell and I are high school sweethearts, now married 14 years. I love hearing the stories he tells about the first time he saw me at a mutual friend’s birthday party. He is two years older than me.

When I turned 16, he got up the courage to ask me out on a date, and we have been inseparable ever since. Our relationship has seen lots of life events, including the divorce of his parents and then of my parents, the deaths of family members and friends, going to college and graduate school, getting fired, making bad choices, buying two houses, and having two children.

We’ve had celebrations and tragedies, and always managed to make it through them together, but then came Jack’s diagnosis.

“Your child has Fragile X syndrome.”

“Huh?” my husband and I replied to the doctor.

We couldn’t have a child with a disability. I had never closely known anyone who had a disability. We also had another child who was typical so it seemed out of left field. How could Jack’s delays be something so permanent — a syndrome? I thought he would grow out of this, and now I heard he wasn’t going to.

I think I remember falling to the floor. In that split second, our lives were forever changed.

Jack was diagnosed with Fragile X syndrome, the most common genetic cause of autism, when he was 15 months old.

The pain was unbearable. The grief was immeasurable. The tears and fears were blinding and heavy. Our lives were forever changed, and now looking back on it, so was our marriage.

I knew nothing about special needs. As a woman with a college education and a masters degree, I felt very under-equipped for what was headed our way. I was about to enter a world that spoke a foreign language as far as I was concerned — with acronyms like IEP, OT, SLP, and PT. I needed to learn how to shift my thinking and my attitude and help my child.

Long discussions about therapies were a hot topic of conversation with my husband, and medications were a close second. We talked about Fragile X day and night. Our relationship as a married couple of 12 years was demolished down into discussions that accompanied having a special needs child. I feared a divorce may be the next thing coming, as a dark depression swept over me. I was either researching my child’s syndrome, caring for him directly, or I was sleeping — being unconscious was my only refuge from the pain. Even caring for my typical daughter was sad to me because I cried over everything she could do on her own and dubbed each “a miracle.”

Connecting with my spouse was the last item on the list.

Actually if I’m being brutally honest, it wasn’t even on my list.

Going on dates only provided time to talk about Jack’s syndrome at a different table that wasn’t in our kitchen.

My relationship with my husband began to suffer as a result of our new fate. Why wouldn’t it? At the time, the diagnosis was the worst thing that had ever happened in my entire 38 years on planet Earth. The more my husband asked me to not talk about our son, the more I seemed to want to talk about it. It was like a weird OCD had washed over me, and it was all I could think about.

As the days became weeks and the weeks became months, I began to adjust to my new fate as a mother with a special needs child. My husband also began to absorb the impact, but his grief was different. While I cried and worried, he seemed to grow more focused on his next steps to support our future, which now included providing for Jack for the rest of his life.

The evenings became a separate affair. He stayed up late working while I stayed up late having a meltdown, most nights on the phone with my mother or my best friend, Jen.

Prioritizing our relationship became a non-existent task, as I crawled deeper inside myself, buried in my own grief.

The First Steps to Taking Back Control

Six months into the Fragile X diagnosis, I knew I needed to get help. I wasn’t eating, wasn’t sleeping, was sad 24/7, and my hair began to fall out. I was watching my husband continue on, and I felt like my life was heavy, dark, and sad. I felt jealous of his ability to handle life because I knew I wasn’t handling mine very well.

I made an appointment with a psychiatrist and agreed to take some medication to help me function. I knew my grief was heavy when the doctor that I was seeing openly wiped away tears while I was telling him my story. The medicine helped me sleep, and feeling rested helped me cope with all that I had on my plate.

The next step was trying to get Jack’s care organized. I filed for disability for him so that he could have access to services. I called an advocacy service to help support me. I made appointments to meet with a speech therapist, an occupational therapist, a physical therapist, and a behavioral therapist who began working with my son and teaching me how to help him. I also connected with other moms who had children with special needs so I could ask them questions about access to services and what they knew about these systems.

Next, I went on Facebook and found the Fragile X group. Through chats and phone calls, I learned how they helped their children, took care of themselves, and cared for their relationships. Connecting with people in my shoes helped me feel less isolated and less depressed. I began to meet with those moms and families who lived near our family in Denver. I also attended the International Fragile X Conference in 2014. I knew enough to know that I had a lot of learning to do about Fragile X, and the conference was a stellar place to accomplish that.

Finally, it was time to reconnect with my husband, whose patience should get an award. I began by asking him to go out on a lunch date with me. It had been eight months since the diagnosis, and I’ll bet we hadn’t had but a handful of conversations that didn’t revolve around Fragile X.

I began our lunch by apologizing for not being focused on our relationship and telling him that I was officially reprioritizing so that having a good connection with him was number one on my list. I also told him that I wanted us to pick something new that we would do together to keep us connected.

He liked that idea and suggested that we try to have a date night together once a week and use that time to not talk about either of our beautiful children. I told him I thought that was a great idea, and we could start the next night. He smiled bigger than I had seen him smile in eight months and said, “I would love that. I have missed you, Lisa.” 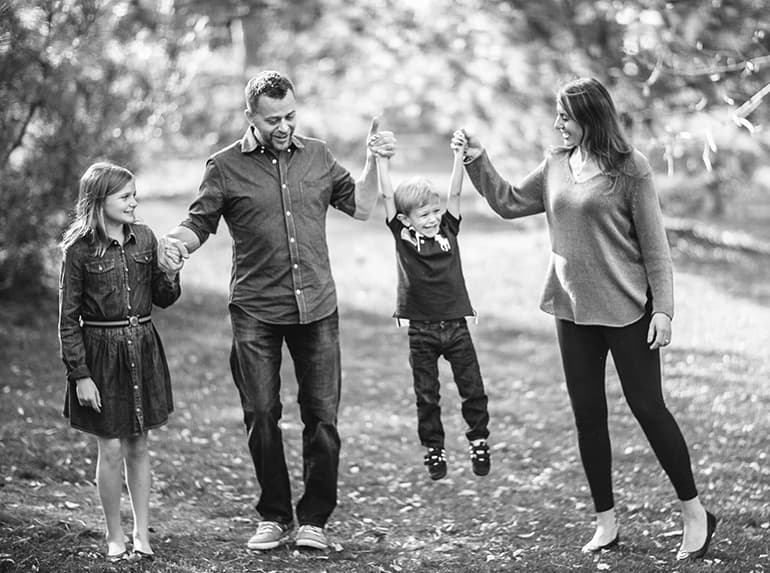 Taking on Fragile X as a Team

That lunch was a little over a year ago, and I am happy to report that I have kept that weekly date with my husband. Having a nice meal out together once a week has helped make huge improvements in communication and connection in our marriage. I have been much more focused on my relationship with him and have now found some zen in my life, balancing two kids, a career, and a husband. It has made my life feel a little bit more normal to have regular family dinners, watch TV together, and be present in the marriage with him.

Not completely sure what the future holds for my now three-year-old son, but I do feel more confident that I will be handing things as part of a team with my husband.

The lesson I learned from the early part of getting a very scary diagnosis is that the sun does come out again, even when you never thought it would. Time helps to heal and being connected with people you love and who love you helps the dark clouds part so that sun can shine down.

Remember to take care of yourself and your relationship. Those two things are the foundation for your life. 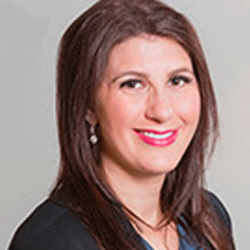 Lisa Thomas, LCSW, LMFT, DAACS
Lisa Thomas is a Licensed Marriage and Family Therapist, Certified Clinical Sex Therapist, and Licensed Clinical Social Worker practicing in Denver, Colorado. She has a private practice where she focuses on helping couples have great relationships. She is also a wife and the mother to two children, a son with Fragile X syndrome who is the happiest person she knows, and a gifted daughter. Lisa strives to spread awareness that having a child with special needs is not the end of the world, just the beginning of a new world.