What do you do or think when someone says this? Hey, what? Hey you? Hey yourself?

I was amazed Ian would initiate this. We would be walking down the halls of his preschool, he would hear someone walking behind us, and he would turn around and say, “Hey.” Even with his limited speech he found a way to communicate. Where did he get this? I cannot remember a specific instance, but based on how he learns, he must have heard my husband or me say this to someone. And most likely he saw the situation in which it happened, too.

Learning Speech by Watching and Listening

When Ian was young, I put heavy focus on his speech. I realized that the best way for him to learn to communicate, and to communicate appropriately, was by watching and listening to other people. I know speech is a challenge for many children, but it’s always beneficial to look for ways to help your child communicate. It will help you both.

Through elementary school Ian was based in a regular education classroom, but he was pulled out more for reading and math and whenever he needed a break. However, at every IEP meeting we emphasized the importance of Ian being exposed to typical children’s behavior.

I also took opportunities to help other children help Ian. He was playing at a neighbor’s house one afternoon when one of the children came over to say Ian was having a hard time. I went over and all I heard from the children was what they didn’t want Ian to do. I responded, “Well, tell him what you do want him to do.” They looked at each other and said, “Oh, okay.” I chuckled and walked away.

It really paid off. Ian was invited to a lot of parties of typical children. While he didn’t socialize at their level, they met him at his level and always tried to bring him into their activities. It was great to see so many children reach out to him.

At home we continued to do family activities as Ian would tolerate. We thought it important to expose him to as many typical events as possible. But we modified how we did things.

Often the first time we went someplace, we only stayed for a short time. As Ian became comfortable in situations and knew what to expect, his anxiety decreased and we were able to stay longer. We always had to be aware of transitions, which can be tricky for children with Fragile X, which I’ve written about previously (see “Life: A Series of Transitions”).

It was around this time that I taught Ian what a joke is and how to joke with other people. He caught on quickly and it has become an important part of who he is now.

But while he was included in typical classes, the academic gap continued to widen. What I observed as Ian got older was he came up with pat, well-timed sayings to the typical children: “Wat up,” “Fairview Knights, baby” (his high school), and “Go Broncos” (and other Colorado teams: Rockies, Avalanche, and Nuggets). The other children were fine with this and would often say, “Oh yeah, baby.”

In order to enhance Ian’s exposure to social situations throughout high school, I encouraged him to become the manager for the freshman football team and the school wrestling team. He also ran track. These were all great groups of people who went out of their way to accommodate him. 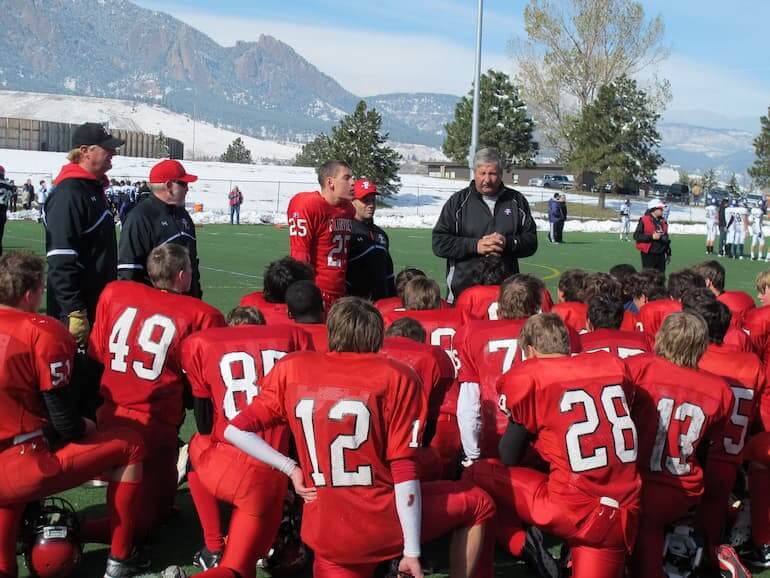 As Ian learned to tolerate more variance in social situations, we took him to most of our typical daughter’s sporting events — soccer and basketball. Once the other players and their parents got to know him, they would include him in their conversations. Ian also had plenty of opportunities to observe other adult conversations going on around him.

Planning and Practice What to Say

Ian now works at our local grocery store — he recently celebrated his five-year anniversary (he got a watch). His co-workers really seem to like him — he jokes with everyone. I have had several friends come up to me and comment how socially appropriate Ian’s behavior is at work. He greets people, talks with them, and says “thank you” and “goodbye” when they leave. This is notable in that his speech can be difficult to understand. He has some “different” mannerisms: he doesn’t flap his arms, but he does shake them. 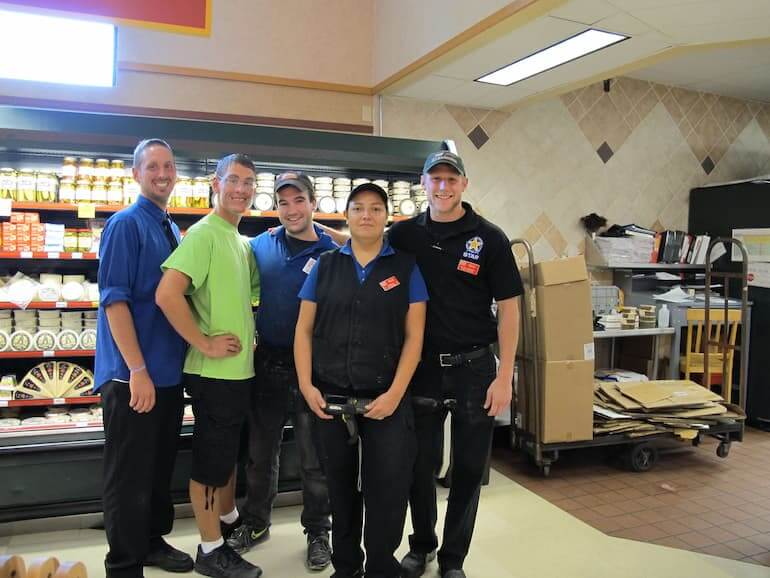 One thing we do on a regular basis is practice what Ian is going to say in certain situations. The uniform at work is a blue shirt, but he sometimes wants to wear a red shirt, say for Valentine’s Day. For this, he needs permission from Alana, his manager. He will then ask me what he should say. I ask him what he thinks he should say. He says, “Can I wear a red shirt on Valentine’s Day?” I’ll say, “That’s right!” He’ll practice it a couple of times before he goes to work and then he goes and asks Alana independently.

I have also heard Ian practicing his speech up in his room. If we are going out as a family to see some friends, I often hear Ian practicing saying hi to them.

This didn’t happen overnight. Let’s take the red shirt as an example. The first time he wanted to wear a different shirt for a holiday, I went in to ask the manager. Next time I had Ian tell me what he wanted me to say, and I would say that. Next time I would say what Ian wanted me to say, but leave off the last word or two for Ian to fill in. Then I would go with Ian and say, “Ian has something to ask you.” Now he is pretty independent if he has a chance to practice what to say.

Be on the Lookout for Opportunities

I want to encourage you to keep exposing your child to social situations, as difficult as they sometimes can be. I know the school situations will vary, but just be on the lookout for every opportunity to involve your child in the wider world.

Finally, emphasize “please” and “thank you” — they really are magic words! (Thank you, Barney.) Practice shaking hands. Teach your child what a joke is and how to joke with others. Have conversations with your child and practice turn-taking and staying on topic. And the easiest way to do all this is to model it yourself. Your child is watching and listening.