Methylation:
Process that turns the FMR1 gene off, so it cannot make FMRP

Size mosaicism is defined as having both premutation and full mutation repeat expansions in the FMR1 gene. In methylation mosaicism, some cells are methylated, and some are not, resulting in the production of some (varying amounts of) FMRP.

Fragile X syndrome is caused by a DNA expansion in the FMR1 gene, which is located on the X chromosome. The FMR1 gene includes a repeated DNA code commonly referred to as CGG repeats, as it is composed of DNA elements called cytosine-guanine-guanine (CGG). Most everyone has the FMR1 gene as well as these CGG repeats and typically there are up to 45 CGG repeats, with people in the general population commonly having around 30 CGG repeats. Some people have a small expansion in the gene, with a range of 45–54 CGG repeats, which is also known as an intermediate or gray zone expansion. Individuals with larger expansions may have a premutation (55–200 CGG repeats) or a full mutation (more than 200 CGG repeats). Most people with FMR1 full mutations show symptoms of Fragile X syndrome.

When the FMR1 gene has >200 CGG repeats (full mutation), a process called methylation occurs that turns the gene off so it cannot make its protein product, FMRP, and thus results in decreased or absent FMRP; it is FMRP that is needed for typical brain development and functioning. Symptoms of Fragile X syndrome are typically caused by the absence of FMRP due to complete methylation of the FMR1 gene when there is a full mutation present.

Mosaicism is a term describing two or more genetic results in the same individual and mosaicism may result in variability in symptoms. In Fragile X syndrome, there are two types of mosaicism:

Because of the instability of the CGG repeat when passed down from one generation to the next generation, an individual can have both cells that have CGG repeats in the typical, intermediate, or premutation range, while the remaining cells have CGG repeats in the full mutation range. This situation is termed size mosaicism. Since FMRP is typically produced when there is a typical, intermediate, or premutation CGG repeat size, FMRP levels in individuals with size mosaicism may be higher than in individuals with only a full mutation CGG repeat. Size mosaicism may contribute to variable symptoms in these individuals.

The process of FMR1 silencing through gene methylation may not occur equally in all cells. This situation is the basis for a second type of FMR1 mosaicism: methylation mosaicism, in which those with the full mutation may produce FMRP in a variable proportion of cells.

Both size mosaicism and methylation mosaicism can be present, but regardless of mosaicism status, individuals with an FMR1 full mutation will almost always show a reduction in typical FMRP level, with wide variability in symptoms.

Does My Child Have Mosaicism?

For Fragile X, there can be mosaicism for different sizes of CGG repeats or different levels of methylation. Most testing laboratories are able to detect significant mosaicism as part of Fragile X DNA testing but will only note it on the lab report when present. If a lab report makes no mention of it, then the lab most likely did not find mosaicism. In any case, it’s important that you review your child’s Fragile X lab report with a genetic counselor or other qualified healthcare professionals who can best interpret the meaning of the results and confirm what type of testing was completed.

As a group, people with mosaicism tend to be higher functioning with fewer symptoms. However, this cannot be predicted on an individual basis. The degree of size or methylation mosaicism detected in blood does not necessarily reflect the pattern of mosaicism in the brain or other body tissues.

A recent report from our multi-year, multi-clinic, CDC-funded FORWARD study↗ showed that methylation mosaicism is associated with better cognitive functioning and adaptive behavior (less significant developmental delay) and less social impairment relative to the fully methylated full mutation. In contrast, the presence of size mosaicism was not significantly associated with better cognitive and behavioral outcomes than full mutation.

Genetic Testing for Fragile X Syndrome and Associated Disorders
Fragile X testing, analysis, and diagnosis is a complicated subject. Here you can find extensive information for both parents and medical providers.

Size and Methylation Mosaicism in Males with Fragile X Syndrome↗ — NIH
Size and methylation mosaicism are a common phenomenon in Fragile X syndrome. Here, the authors report a study on 12 Fragile X males with atypical mosaicism, seven of whom presented with autism spectrum disorder.

This document was created by Jayne Dixon Weber with assistance from Robert Miller and Brenda Finucane. It has been reviewed by the members of the Fragile X Clinical & Research Consortium. Learn more about the NFXF team.

The Fragile X Clinical & Research Consortium was founded in 2006 and exists to improve the delivery of clinical services to families impacted by any Fragile X-associated disorder, and to develop a research infrastructure for advancing the development and implementation of new and improved treatments.

If you’re a parent or caregiver and have questions about the information presented here, we’d love to hear from you! You can reach out to Missy Zolecki using the contact info or our contact form below. 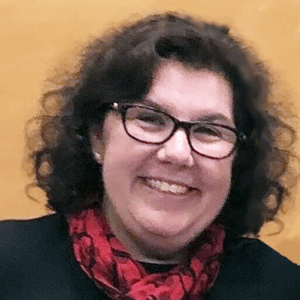