We asked families and self-advocates with Fragile X syndrome to share stories of Xtraordinary employees. We do this not only to inspire other FXS young (and old) adults, we want to inspire and help spread the message to employers who need to know about the unique perspectives, enthusiasm, and loyalty they’ll find when hiring individuals with intellectual and developmental disabilities.

And since employers tend to rely on measurable results, we’ll mention one of the many studies on this topic — A Systematic Review of the Benefits of Hiring People with Disabilities — which found that hiring people with disabilities benefits both the employer and the employee. The study cites the benefits for employers:

More and more organizations are actively recruiting employees with disabilities — check out Employment Opportunities for Your Young Adult — but there’s still a long way to go.

But enough statistics, we love stories, and want to share this one sent to us by Jennifer Thiede, “proud mother” to Zachary Fraser-Thiede. (Note: Links added by us.)

My 18-year-old son, Zachary, loves animals. He participated in a fundraiser to support cheetahs. He by far raised the most money for this event sponsored by Chris and Martin Kratt of the Wild Kratts. The set goal for the fundraiser was to walk 2 miles, Zachary wanted to do more. He added an extra mile onto his daily 1 mile for 20 days and raised over $1,800 to help save the cheetahs of North America. He was so proud and happy. The cheetah is his favorite animal. 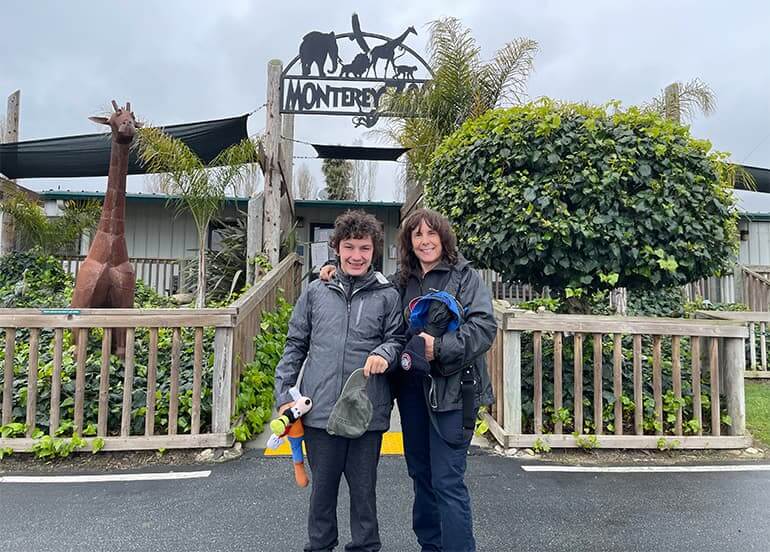 Jennifer also sent us this Q&A with Zach that the Wild Kratts published after Zach won the Cheetah Challenge:

Tips for Beginning the Moving Out Process with Your Young Adult

Helpful tips and insight into various housing options, sources of funding, and points to consider before your young adult's big move.

Tips for Flying on an Airplane

Traveling with your young or adult child with Fragile X syndrome on an airplane can be very stressful for both of you. These tips are provided by parents based on their experiences with their own children. Find what works for you, your child, and your family.